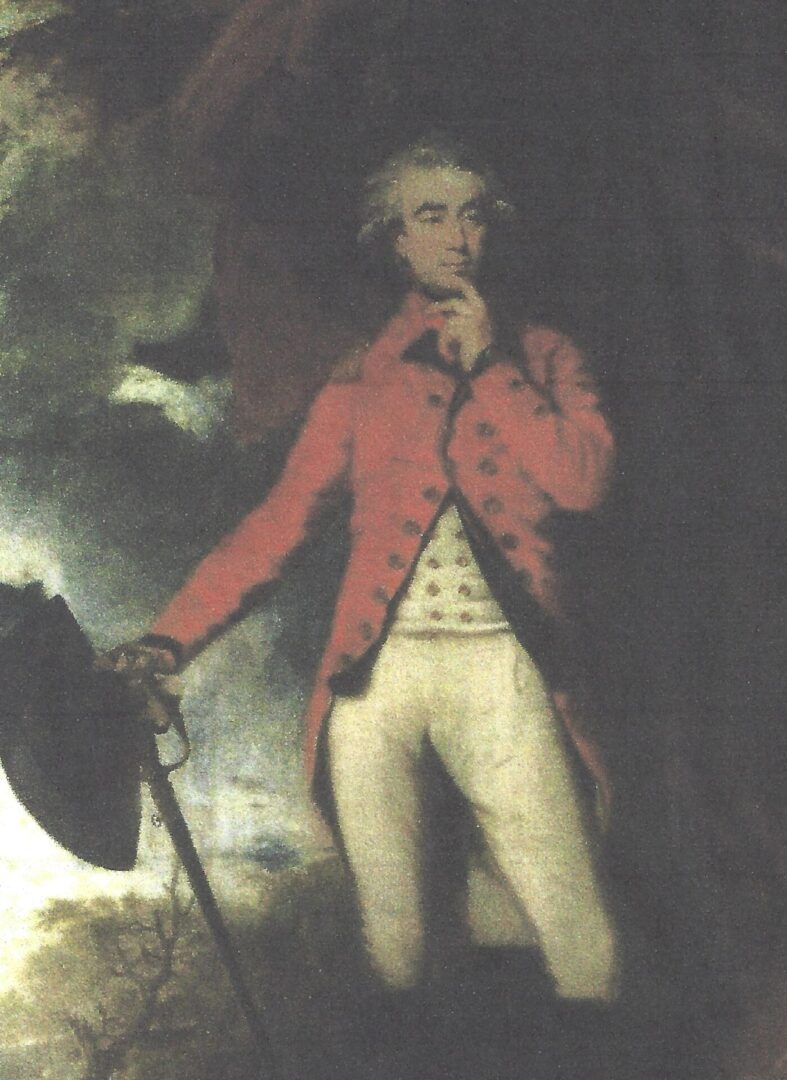 As was common practice at this time, those in service were greatly admired and war heroes were adulated. Titles were granted and their names were given to towns, streets, ships, etc. Thus, although he had never visited Rawdon, the Township was named for this the hero of the moment, Sir Francis Rawdon-Hastings.

At the age of 18 Sir Francis Rawdon joined the army  as an ensign in the 15th Foot.

As a British soldier serving his country during the American Revolution (1775-1781) he fought in many battles before being captured. He escaped and fled to St. Helen’s Island. This was as close as he came to the Township. From St. Helen’s he was posted to India.

When his superior, Captain Harris, was wounded beside Sir Francis Rawdon, he took command of the company, and was recognized as being responsible for the successful assault. He was wounded during this assault resulting in having a poor state of health for the rest of his life.

John Burgoyne noted in dispatches: "Lord Rawdon has this day stamped his fame for life." He was promoted Captain, and given a company in the 63rd Foot.

Rawdon-Hastings sat in the Irish House of Commons from 1781-1783 and upon the death of his father on June 20, 1793 took his place in the House of Lords and served for three decades.

He was a known supporter of Irish issues, including supporting Catholic Emancipation.

Over the years Sir Francis' health had been severely comprised due to his war injuries. Sir Francis died on Nov. 28, 1826, aboard the HMS Revenge off the coast of Naples, Italy. He was 57 years old.

In accordance with his wishes, his right hand was cut off and preserved and interred with his wife, Flora Campbell, 6th Countess of Loudoun, when she died.